The last night of the trip we stayed at the Grand Hotel in Taipei. It was so beautiful and full of culture. When we walked in to get checked in a couple who just got married were getting their wedding photos done. She looked so pretty and it was so fun to see.Later after checking in we went on the tunnel tour with Dr. Lin. We also got a tour of the hotel along with that which was interesting. I didn't realize  how big the hotel was. We got to go down one of the tunnels all the way to the end.After the tour Abby and I went down to the Shin Lin night market. I really liked this night market compared to the Keelung night market. It was more little shops instead of the mass produced items. I bought some other souvenirs and tried some food while there. It was way cooler than the other night market in my opinion.

For dinner Abby and I found the First Lady Coffee shop outside the hotel. We ordered pizzas and ice-cream. The ice-cream was so good! Everyone at the café was really sweet and helpful when we tried ordering.
I had a fun last night in Taiwan. It was relaxing and really cool to stay in the Grand Hotel! 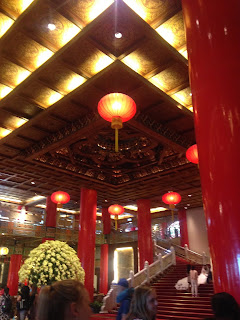 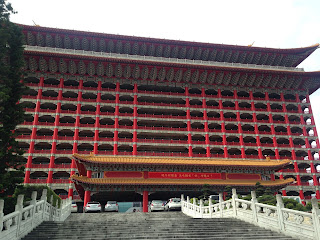 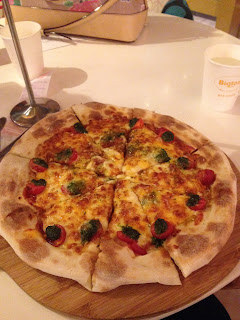 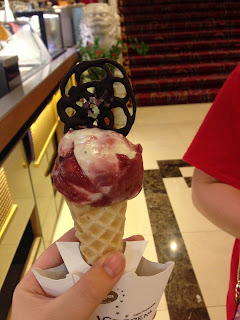 Popular posts from this blog

May 21, 2017
This trip was a great opportunity and experience for me. I've never traveled anywhere before this trip and I'm really proud of myself for going and trying new things. I tried a lot of food I normally wouldn't go near at home, I made new friends and I explored the two countries! This trip has taught me a lot about different cultures. Japan was so different from America. Everyone is taught to be the same and work comes first. Also it is extremely quiet there. No one talks on the trains or on the streets. We got yelled at by people for being too loud before on the trains. Taiwan seemed different from Japan. They seem more laid back. They also talk more and are more willing to speak to foreigners. This trip has also taught me more about myself. When I was in Japan I did not really experience culture shock, I still felt I wasn't that far from home. As soon as we got to Taiwan I instantly felt the cultural shock. I don't know what caused it, I think it was a mixture of t
Read more

May 12, 2017
The KPMG visit was awesome! Today was a really fun day. In the morning we had our KPMG visit in Tokyo. This is one of the things I was looking forward to the most, and it was great. I was very surprised by how awesome there English was. I really like the presentation all together, especially the first two guys that acted out the business card etiquette. They were funny. The tour around the office was cool because we got to talk different partners, as well as compare the office to the KPMG in Pittsburgh. It was pretty similar surprisingly. I really liked when we got to socialize and talk to the two staff members during lunch. It was so interesting to hear about their everyday life as well as their global experiences. I feel that they were so much more adventurous than me. Risa Sawada and Kenta Nagahama were the two staff members at our table and they were so friendly. Risa said she studied in Los Angeles and in Australia. Kenta said he visited Oregon State University. I thought that
Read more